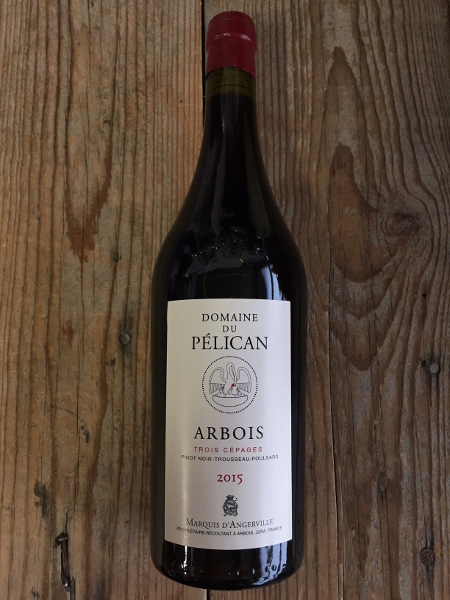 The first vintage of Domaine du Pelican was 2012, also the first venture of the d’Angerville family outside of Burgundy’s Cote de Beaune. Three years earlier Guillaume d’Angerville partnered with Francois Duvivier to find the best vineyard sites in the Jura, of which they chose Chateau Chavanes, in Montigny les Arsures. They created a state-of-the-art winery surrounded by 12 acres of biodynamically farmed vines that had been impeccably replanted ten years before by the former owner. In 2014, Domaine du Pelican also acquired most of the vineyards that had belonged to the “Pope” of the Jura, Jacques Puffeney. “Trois Cepages” is 60% Pinot Noir, with the rest coming from two indigenous red grapes, Trousseau and Poulsard.