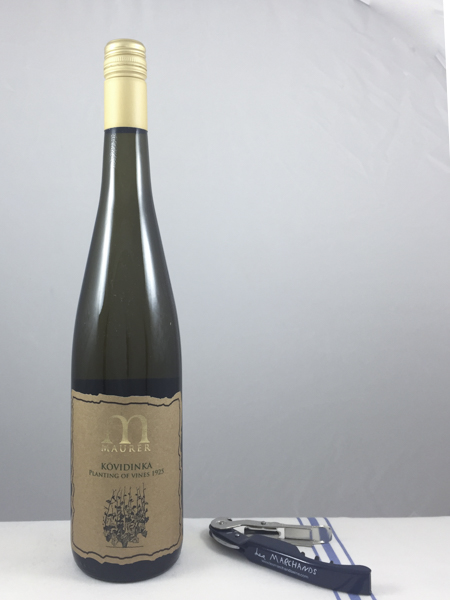 The Maurer family has been producing wine in the Hungarian / Serbian region for four generations. It was during the Austro-Hungarian Monarchy in the 19th century that they moved from Salzburg to the southern part of Hungary. They now farm 16 acres of land, including 6 acres in the Serbian wine region of Szabadka directly south of the Hungarian­ Serbian border, and 10 acres in the Fruška Gora mountain district in Syrmia, Serbia, located 40 miles away from Belgrade and bordered by the Danube River to the north. The vineyards are planted with old local varieties such as Mézes Fehér, Bakator, Szerémi Zöld. In the Szabadka wine region, vines are more than a hundred years old. The oldest Kadarka was planted in 1880 and is one of the oldest in the world. The vines for this wine are 91+ years old and grown in in the Nosa hills between Subotica and Szeged in the South Csongrádi region. The vines are tended to by horse and no tractors are used in the vineyards. Fermentations take place with native yeasts and no additives in neutral oak barrels. Drink this wine now through 2020 and have it with riper cheeses, fall fruit salads with spicy greens or buttermilk fried chicken.