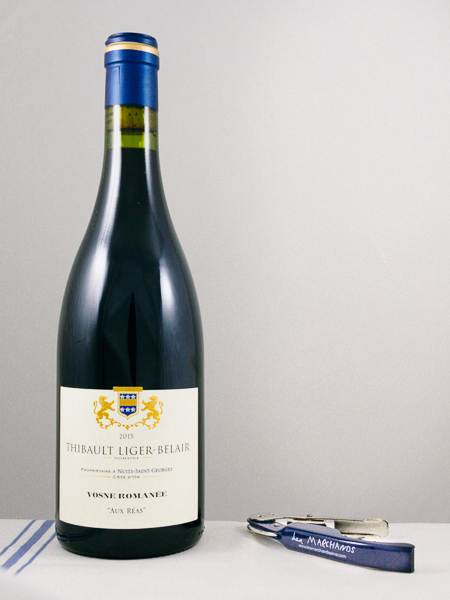 The domaine history in a nutshell . . . Comte Louis Liger-Belair owned La Tâche, La Romanée, La Grande Rue and significant holdings of Clos de Vougeot and Chambertin. When he died the holdings were sold or split and they lost a lot of them. In 2001 Thibault took over an old family property in Nuits St Georges, taking back the vines which had been contracted out to various share croppers, and leased a cuverie just down the road. He has been working since then to regain the family holdings and to build his vineyard plots as well. Thibault chooses to farm organically and biodynamically in both his estate fruit and his purchased. For Thibault it is virtually all about the vineyard and what he does in the cellars is done merely to enhance what the vineyards are imparting. With the contracts he has put in place for those vineyards he doesn’t own, from the middle of summer he carries out all the work in the vineyards and strictly controls the yields that are produced. Thibault is both passionate and meticulous. He even chooses which trees he wants his barrels to be made from, even though new oak is not a big player in his cellar."Aux Réas" is a legendary lieu dit in Vosne that sits directly next to the 1er Cru of Clos des Réas. The soil in the vineyard contains a lot of limestone unlike the other vineyards nearby which gives the wines a wonderful aromatic lift. Thibault’s is made with no whole clusters, 100% destemmed and he uses a small amount of new oak, about 20%. Please wait on this one, at least until 2021, but if you can’t decant for a couple of hours before you do.