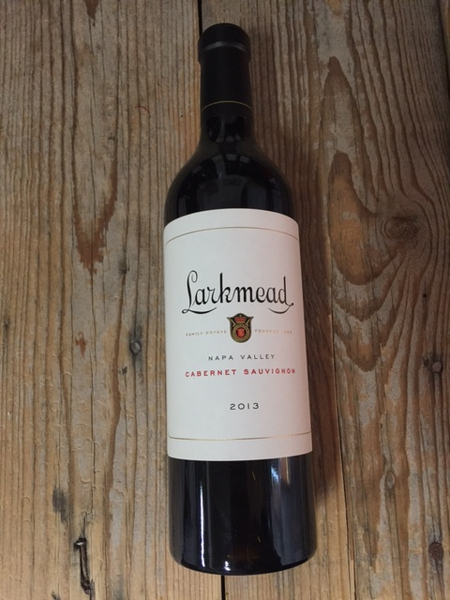 We don’t highlight Napa Cabernet often…the options are so vast, plus they get plenty of attention in the market. But when the unique ones rise above the oatmeal, we take note and pass that along.

Dan Petroski was named Winemaker of the Year in 2017 by the SF Chronicle.

Originally established in 1895, Larkmead is one of the oldest family owned grape growing estates in Napa Valley. Now covering 150 acres on the valley floor between Saint Helena and Calistoga, the proprietors since 1992, Cam Baker and Kate Solari Baker, spent the first ten years of their ownership by replanting all the vines to new varieties and clones more appropriate to the soils and special needs of the individual blocks. Dan Petroski of Massican is the winemaker and in 2006 Howard Backen designed a state of the art winery. All that work has created wines with just that little extra bump of definition above the surrounding properties. The 2013 is 100% Cabernet Sauvignon aged 20 months in two-thirds new French oak, giving it what the Wine Advocate calls, “Very Bordeaux-like, with a St.-Julien-like personality, there are notes of crushed stones, gunflint, licorice, cedar wood, Christmas fruitcake and loads of red and blackcurrants.” Antonio Galloni was equally impressed saying, “…dark fruit, cedar, tobacco, savory herbs and leather. The distinctly ferrous, iron-infused and meaty notes are some of the key Larkmead signatures.”