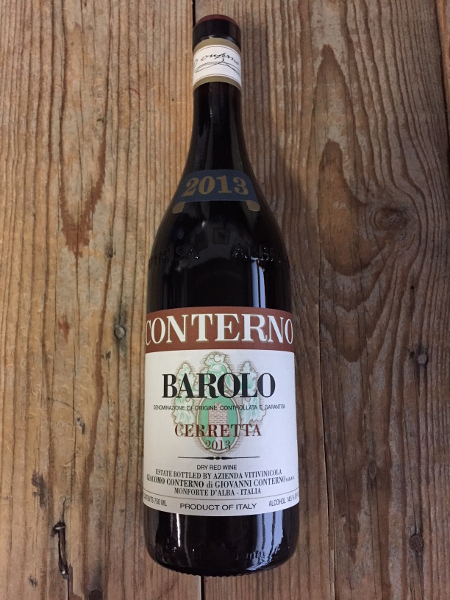 For the thoughtful and gregarious Roberto Conterno, he admits the wine he produces “belongs to his father (Giovanni) and grandfather (Giacomo).”  As one, they raise the bar for the Nebbiolo grape, which, of the 4000 plus varieties that take up residence in Italy, is considered by many to be the finest.

Before 1970 the Conternos could produce their Barolos by relying on small, independent farmers who worked their old, low-yielding vines. But those farmers began increasingly to make their own wines. Threatened with the loss of their fruit sources, Giovanni acquired Serralunga's great Cascina Francia vineyard in 1974. With its fabulous exposure, and predominately calcareous soil, the site was perfect for the powerful Conterno style. Soon, the Cascina Francia vineyard became the sole source of their wines.